November 23, 2014: This year has been unbelievably productive, but in an unusual sense. Every week I record 30 minutes of original music that's broadcast on Intergalactic FM.

So far, 37 episodes of my alter-ego, Barron Welwet's "Analog Electronics for the Doom Generation" have aired.

Listen to new episodes of Barron Welwet every Monday at 18.00 CET and again at 10pm PST, only on IFM1, aka Murder Capital.

All archived episodes are free to download here. As of this week, that's 18.5 hours of experimental studies and modular synthesizer abuse. Go get 'em. 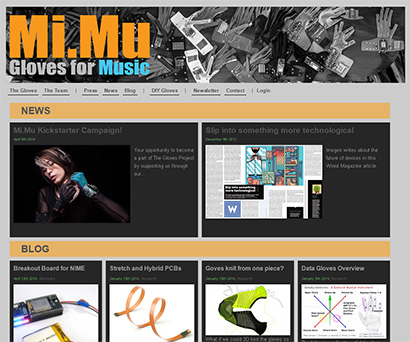 December 18, 2012: The debut performance of Sneaky-Gestures:

After 2 years of planning, Ana and I finally launched Neuroplayer Recordings: I suppose every musician is compelled to do a ten-year retrospective.

Without further ado, here's mine!

It's been a crazy last year, what with living in Bosnia for half of 2010 - that's a story to be told at a later date, an amazing and unexpected adventure to say the least.

April 16, 2009: Welcome to Neuroplayer - a new Sneak-Thief project with a producer from Banja Luka Bosnia:

Feb 24, 2009: Sneak-Thief remix for imiafan released on vinyl and CD on 4mg Records

August 5, 2007: The modular is still progressing along slowly but surely! Here are some boards that are begging to be stuffed:

April 8, 2007: First successful live test of the SneakySequencer in Amsterdam!

It was so satisfying to finally be able to perform using this setup. I basically wrote the algorithm on an airplane ride back from a gig in Malta in January 2006, then played around with layout of the user interface on and off during the next year. It was only in late February that I decided to build it - so basically a month to order the parts, build it and program it. Not bad!

April 4, 2007:The SneakySequencer is complete.

For years I've been dreaming of a live-performance sequencer that would give me the power and flexibility to perform music with a perfect balance between the ability to control, improvise & automate. Drawing heavily on sequencing paradigms developed at Yamaha, I built and programmed my own. 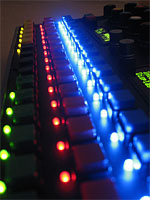 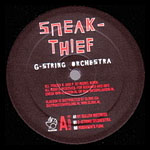 Check out some of the, dare-I-say, glowing reviews for it!

So far, articles have appeared in The Sun, The Star, The Express, The Daily Mail, etc. 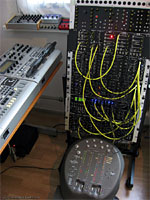 February 5, 2007: The Frankensynth grows even larger!

Added a rack with 2 SN-Voices, some more CGS logic modules, a couple of Oakley boards, etc.

I finally retrieved the Notron from Canada after not using it much in the last 5 years. All I can say is "Sweet Jesus!" ...I can't believe how amazing it is to sequence my modular with this. Another nice thing is that I found the perfect PSU for the Notron that doesn't seem to crash it anymore. (Maybe it was a static electricity issue due to the dry Canadian prairie climate.

More info about this modular stuff in the DIY section.

May 23, 2006: I finally got off my lazy ass and updated my live photos. Includes pics from Malta, Glasgow, Aix, Weimar, Berlin, Cork, etc.

The boards and kits have been ordered - I'm just sorting out which pots and connectors to buy. I imagine I'll have this assembled by May. April is a write-off, what with 4 scheduled gigs! :)